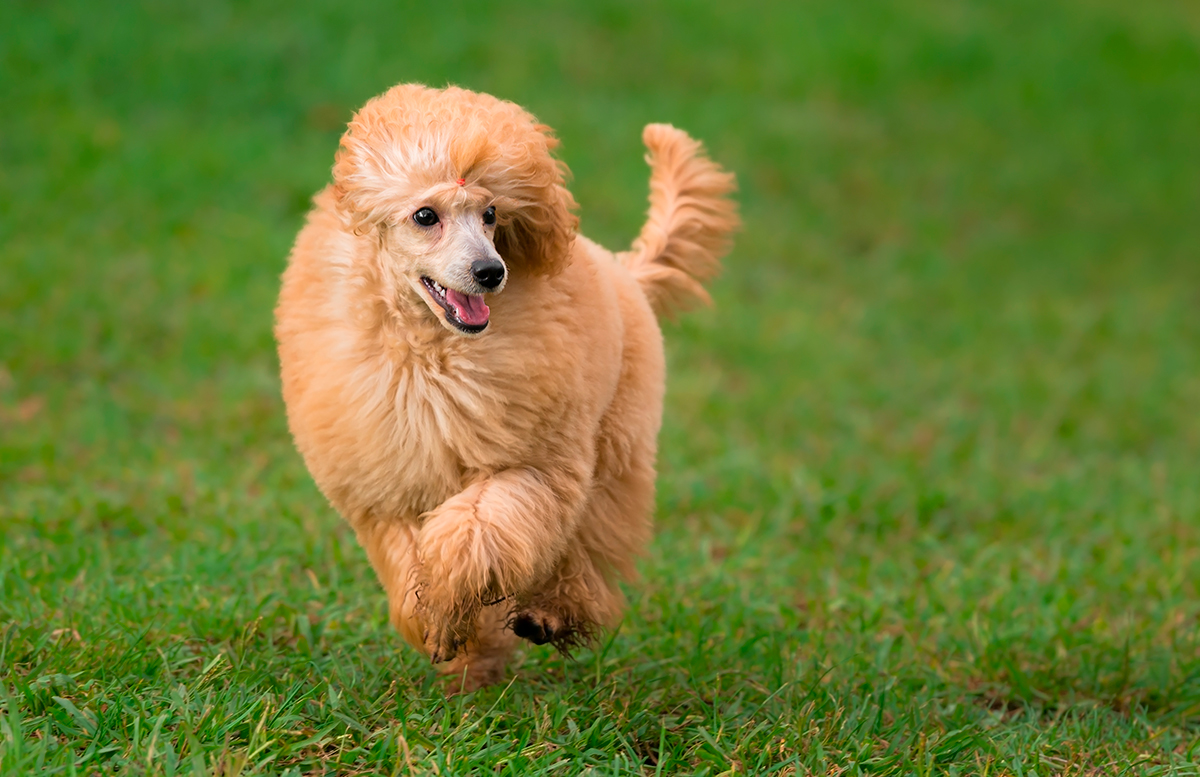 Standard Poodle breed, all the elegance of France in a dog

Usually related to the world of dog shows, the Standard Poodle also stands out for its great abilities as a swimmer and bird retriever. Even more: did you know that the particular cut of its fur is not only designed to enhance its appearance, but also to protect its vital organs when it is submerged in cold water?

Despite their country origins, these dogs make great domestic companions and are one of the most intelligent breeds around. He reads on to discover other secrets of Standard Poodles, also known as Poodles.

Origins of the Standard Poodle

Although France and Germany's dispute is the birthplace of these dogs, they are currently considered a French breed. There is no doubt about its original function: to help in the hunting of waterfowl. The term in Spanish "Caniche" derives from the French "chasseur de canards", while its other name, "Poodle", comes from the German "pudelin", which means to jump into the water. At present, there are three varieties: the Toy, the Miniature, and the Standard or Giant. The latter is the oldest, whose antecedents date back to the Middle Ages.

In Victorian times they were common dogs in two very different strata of society. On the one hand, they were highly valued by the nobility, due to their pleasant temperament and innate beauty. However, it was also common to see them in circuses throughout Europe. The gypsies who put on these shows took advantage of the ease with which they learned tricks and acrobatics. In the middle of the 20th century, they became popular in the rest of the world, especially in the USA, where they have become one of the most popular breeds.

Standard Poodles have a look of dignity and elegance unique in the canine world. They are medium-sized dogs, with an athletic build and a square profile. They have an erect and muscular neck. Its back is completely straight and its chest is deep and slightly wide. The hindquarters are short and well-muscled, while the tail is straight; they carry it high, never curved on the back.

The slightly rounded skull is the same length as the muzzle, which tapers towards the tip. The stop is moderately marked and its cheeks are flat. The eyes are oval, dark, and set wide apart, with an alert and intelligent expression. The ears are inserted at eye level and hang very close to the face; they are moderately long and wide.

The hair is curly, with a rather rough texture, and covers its entire anatomy. There are different specific cuts for beauty competitions. The most common is the one that leaves hair only on its front part, ends of the legs, and a pompom on the tail. In addition, there is the Cordelé variety, whose coat is even curlier and comes in the form of dreadlocks, similar to those of the Komodor breed. The usual colors are white, black, blue, grey-silver, coffee with milk, and shades of cream or peach.

They are usually very affectionate and loyal dogs with their closest circle and especially with children, whom they prefer when it comes to having fun at home. With strangers, it is difficult for them to gain confidence and they likely tend to bark at them. But, if they are properly socialized from a young age, they will soon open their hearts to you. He gets along very well with other dogs and cats.

It is considered one of the most intelligent breeds in the canine universe. At home, he loves to play and needs constant attention from people. He has an excellent memory for the good, but also the bad, so you'll have to control his tendency to get into mischief. Otherwise, it's likely to destroy or chew on some of your stuff.

Poodles have an innate ability to learn, although being so fast they also get bored easily. The training must propose mental challenges and not be repetitive. Firmness is key to preventing them from trying to impose themselves as the leader of the pack. If they see you indecisive, you are lost. 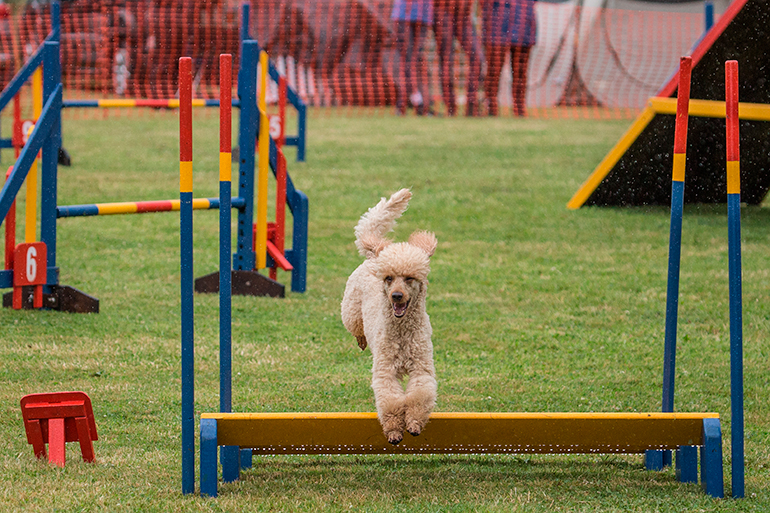 Care that this breed needs

The Poodle's coat is hypo-allergenic, making it a perfect dog for people with allergies. The maintenance of his mantle, yes, is quite complex. Daily brushing is necessary. These dogs do not leave hair in the house, but it remains on their coat, so you should check it frequently.

It is best to take them to a hairdresser every month or month and a half, to keep their appearance presentable. You can also do it yourself, although for this you must know how to brush, cut, bathe and manually untangle the knots that form.

Poodles can adapt well to all types of homes, as long as they have their daily dose of exercise to keep them balanced. One or two hour-long walks a day will be enough to channel your urges. And, if you can take them for a little splash, all the better!

The health of poodle dogs

Some of the diseases with the highest incidence in the breed are hip dysplasia, hypothyroidism, or gastric torsion. They are also often affected by patellar luxation in the knee joints and progressive retinal atrophy.

Likewise, Addison syndrome is related to Standard Poodles. This condition is difficult to discover, as its symptoms – lack of appetite, vomiting, and fatigue – are often confused with other conditions. If these signs persist over time, you should consult a specialist, as Addison's can be fatal.

Cushing's disease, which is evidenced by an excessive desire to urinate and the subsequent thirst, has to do with a lack of Cortisol, the hormone that controls glandular function. Finally, Von Willebrand's disease is also related to race and affects your blood's ability to clot. Both ailments must be treated properly to improve the quality of life of the dog. 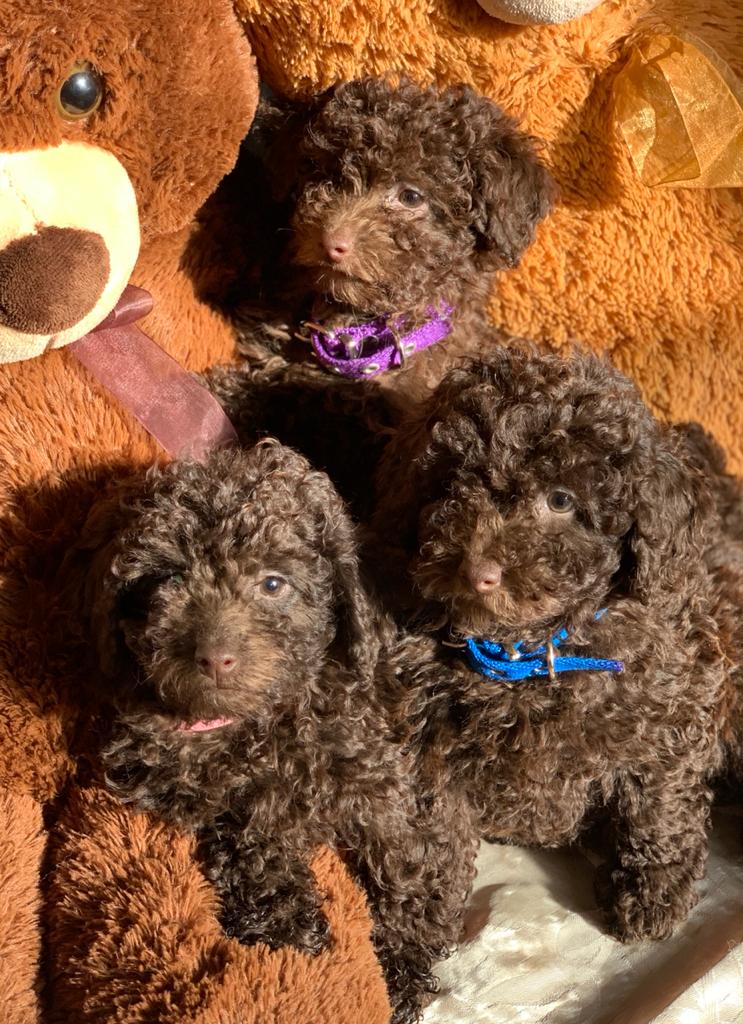 The Poodle, called the Pudel in German and the Caniche in French, is a breed of water dog. The breed is divided into four varieties based on size, the Standard Poodle, Medium Poodle, Miniature Poodle and Toy Poodle, although the Medium Poodle variety is not universally recognised